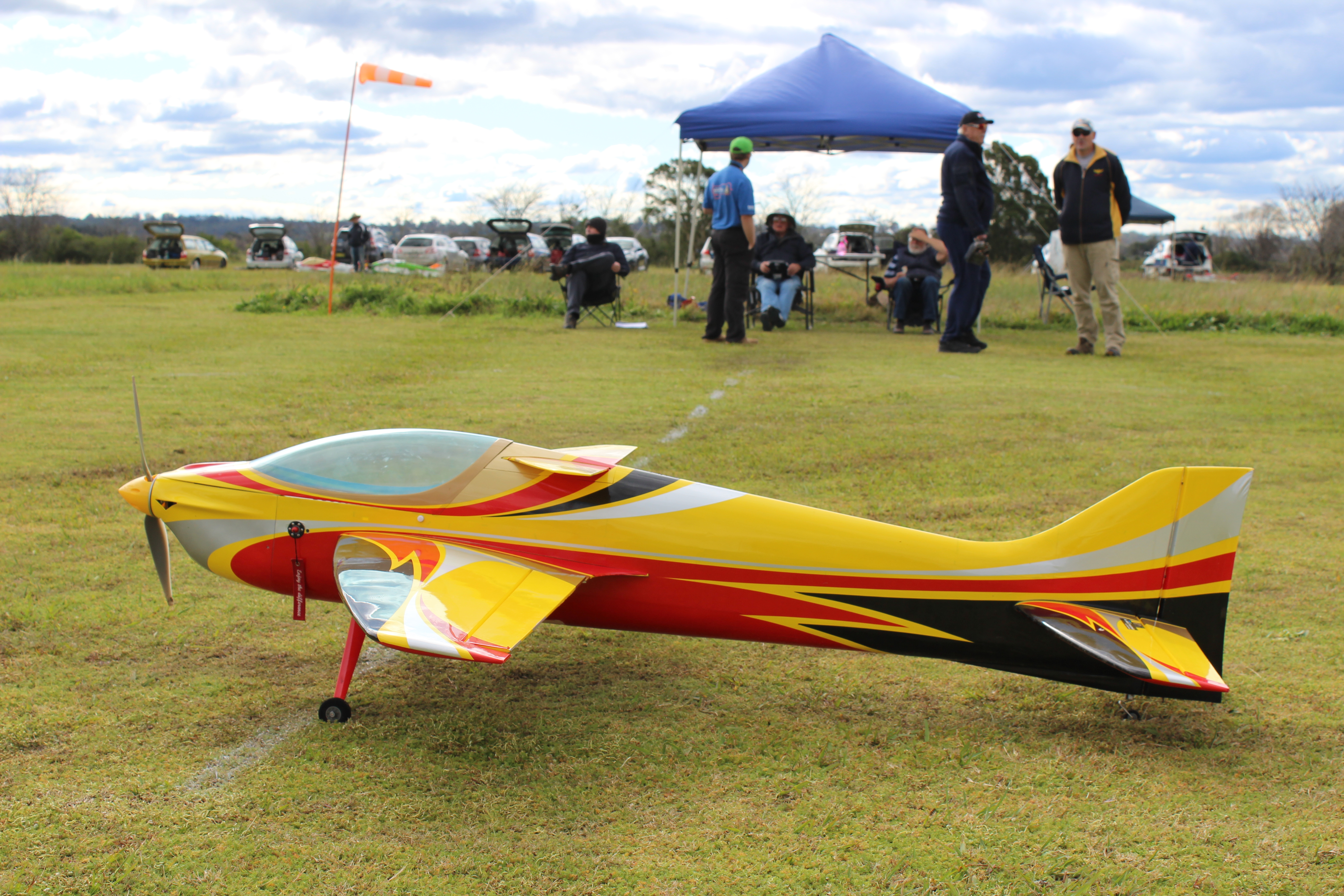 With the dismal results we had trying to arrange and rearrange competitions to cope with cancellations etc, and to try and get a calendar for the 2nd half of the year, we decided to defy the Gods, and after years of avoiding August because of the weather, we were offered a slot for a one-day event by RAAFMAC, and thus were bound for Richmond. (With bated breath, let it be said), as Richmond has had its own reputation for thunderstorms and wild winds, over the years.

The build-up started a couple of weeks earlier, with numerous emails conveying information required to conform to COVID constraints. Initially we had a good, (too good in fact!) entry, but a couple of late withdrawals kept us within bounds, and we finally had a field of 12. Many thanks to Chris for multiple reprogramming of the judging as the entrants changed!

There had also been some preparation done since Camden, with new firmware uploaded to Notauscore, to reduce the workload on the day, as well as some repair work to some of the hand units, and a firmware update. With James McAllen singing the praises of the new software, we waited with trepidation for competition day.

The day dawned clear calm and chilly, at a rather soggy RAAFMAC, due to heavy rain during the week. Entrants were advised to use the back entrance, and we had no bogged members. Once again, COVID dictated self-catering, own chairs and headphones, and about a gallon of metho being sprayed around with gusto. The senses of humour remained intact, fortunately.

In a change to recent practice, F3A was up first, with 5 entrants after some late withdrawals. With 3 rounds flown in all classes, we had Kahl registering his first victory in F3A, with Jason Arnold and Phil Spence filling the minor placings, followed by Brian McGowan and Chris Henry. Jason was flying the new Allure Bipe, which looked very promising. By the 2nd and 3rd rounds, the Richmond weather was living up to reputation, and some challenging conditions had to be managed. No promotion or retention points were recorded.

Next up was Sportsman, with 2 entrants. Jamie Bellicanta made the trip up from Canberra and went through the motions, winning in convincing style, and bagging his 3rd promo point. Welcome to Advanced, Jamie. In 2nd place we had Yoon Chong, who kept Jamie honest during the first 2 rounds, but then lost his undercarriage landing in the very ugly conditions. Unfazed, he took to the air in Round 3 in his underpowered backup, in a very gallant showing, surviving to fly another day.

Advanced was flown next, dominated and won by Con Kyriakides, who was the sole entrant. Con sat out the final round, with issues with radio comms. Hopefully, Con’s free run now comes to an end, and he’ll have some competition next month.

Expert fielded 4 pilots, with local boy Benjamin Burrell taking the laurels from Gavin FitzHenry and Chris Tindall, with Felix Niewenhuizen only 3 points behind. Once again no promotion points were scored. There was no shortage of excitement, however, with Ben keeping the judges and spectators awake with his spectacular series of snap-rolls, as he was confronted with this manoeuvre for the first time.

There was another winner on the day as well. The new Notauscore firmware performed faultlessly, and made running the competition much less stressful on the day. Well done James Artur and Roland.

We look forward to the September competition, which is being hosted by the Queanbeyan club on the 19th and 20th.