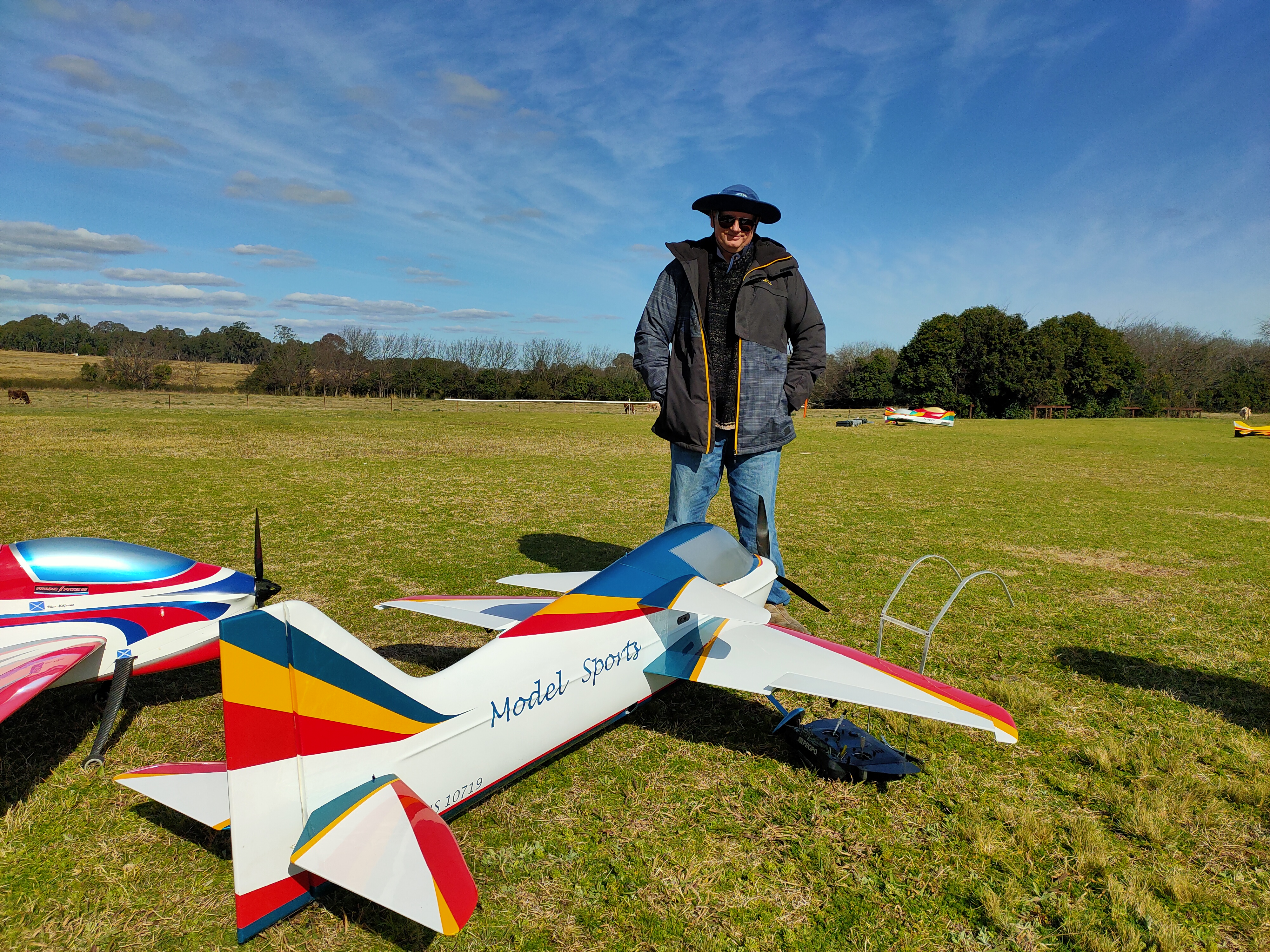 There were a number of Covid “conditions” that we had to comply with as a requirement of the NSW State Government, the land owners and the host Club, however these conditions were easily planned for and monitored throughout the two-day event.

The CVRCMAS members were most generous in providing their facilities and we are very grateful for their support.

Entry numbers were deliberately kept low by the organisers to fit within the Covid conditions for the site, visitors were precluded unless earlier “bookings” were arranged. Sanitising practices were plentiful and social distancing was obvious. Organising and management were easily achieved.

Weather conditions were “perfect”, with “cool” temps in the morning, a little early morning dew on the grass, full sunshine giving the Judges an option of sitting in the shade or basking in the sun, no wind to speak of and warmer temps through the middle of the day, as we said Perfect conditions

We had entries from pilots in three APA “classes”, Sportsman, Expert and F3A

Just one entrant, Jamie Bellicanta from Canberra made the journey and competed against himself by using a smaller Sebart  “Mythos”. “Competing against himself” is often the best way to describe our activity as this sport is much like golf. Jamie, got everyone’s attention by putting together a few really nice flights, noticeably a higher standard than we usually see in the Sportsman ranks and his scores from the judges reflected the practice he must have been doing. His sensible approach of using a smaller model with a well-matched motor and batteries allowed him to fly manoeuvres of a comfortable size and speed which really presented nicely. He was able to maintain this standard throughout the two days and scored above the “promotion” level for his class thus achieving another point towards the step up into “Advanced” class. Very well done! 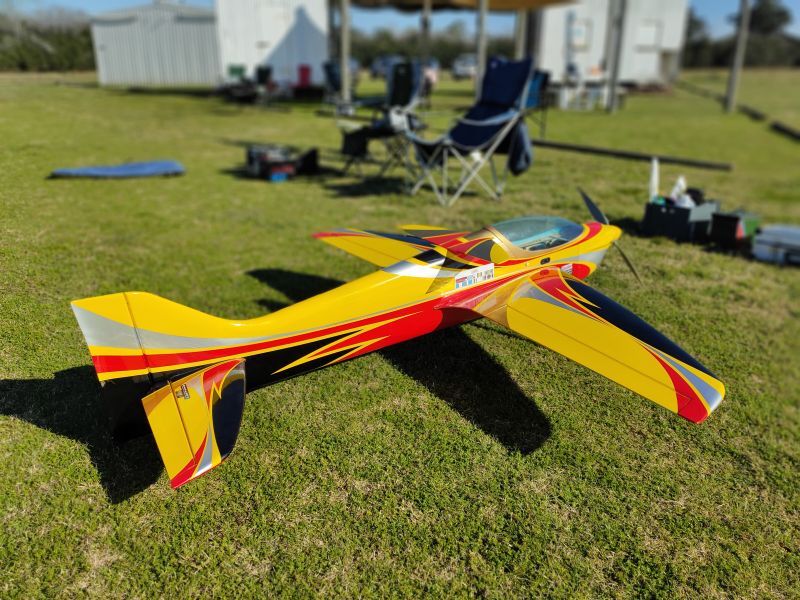 The “Fun” class, well we think they provide the most fun and entertainment! We don’t mean laughs either! The pilots in Expert class are closely matched in ability and the positions in the class can change from one flight to the next, someone may fly a great shape while another can blow a rolling element and the rankings change accordingly so this is good competition. Association Secretary Chris Tindall (SRCS) flies a “Tempest”, Gavin Fitz-Henry (CVRCMAS) flies an “Arbalista”, Felix Nieuwenhuizen (CVRCMAS) also a “Tempest”. These models are purpose built aerobatic models and are each built from “short” kits which normally consist of a glass moulded fuselage with wing and stabiliser foam cores. Some effort from the builder (with help and advice from his mates) provides a competitive airframe at a very reasonable price and these models are great ! Gavin F-H showed that practice pays! One or two segments of each flight still to work on but five out of six flights over 1000 points showed the best consistency which allowed Gav to take out first place. Felix has his Tempest flying beautifully and the slightly challenging manoeuvres of this new schedule (particularly the mid height portions) proved a test. He therefore missed his usually consistent scores and despite winning one round completed the contest in third place. He was happy and had a big grin so, all good ! 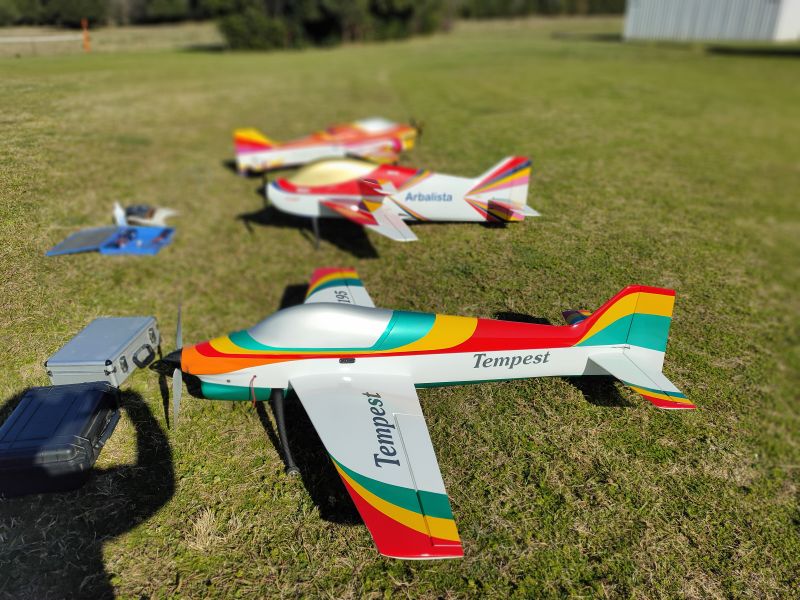 Chris Tindall is the “improver” in this class, he is now spending a little more time on flying and has a couple of club mates that are very encouraging. Chris is becoming more comfortable with his “Tempest” so “look out” everyone ! If you have a look at his scores for the weekend he has four out of six flights up in the 970-980 range and deservedly took out second place.

This Class is now the largest in NSW, gradually filling up as pilots improve their skills and “promote” through the other classes

Kahl Eckersley (SRCS) was flying his CA Models EPIC + fitted with a Brenner Contra drive (two propellers spinning in opposite directions) Kahl was most impressive, his flying has really stabilised in the last 12 months. His flight scores were consistent and resulted in third place. 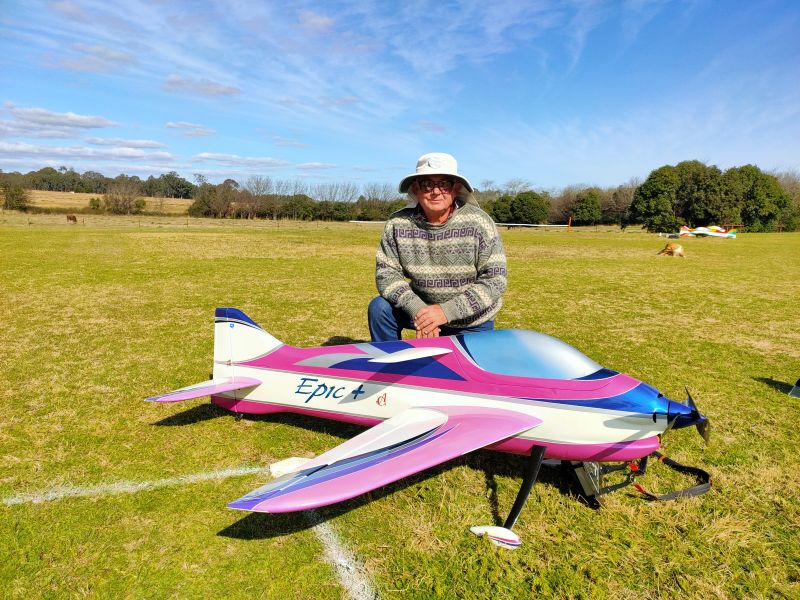 Brian McGowan (CVRCMAS) flew to fourth place with his BJ Craft INVITATION with direct drive Plettenberg. Brian flew a few of the nicest Avalanche manoeuvres that we have seen for some time,  a large loop with a snap roll on the bottom (try it sometime). 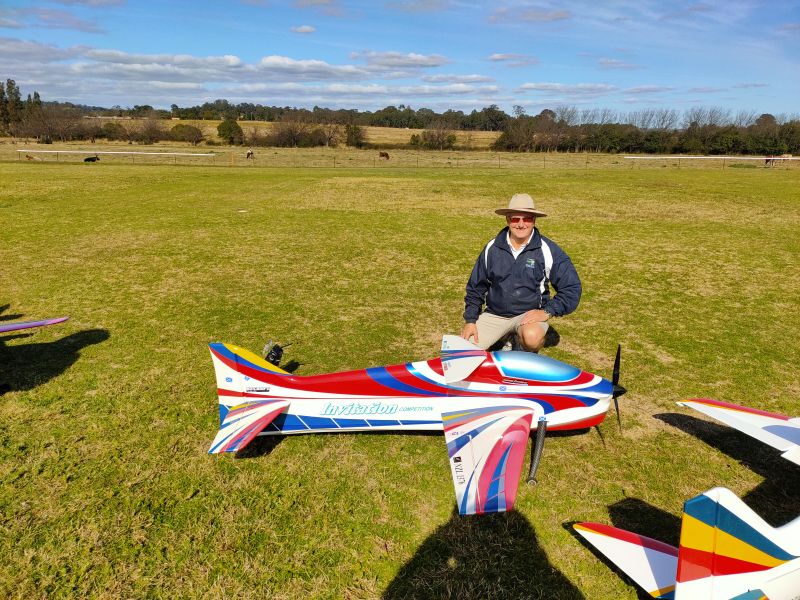 Phil Spence (Canberra)  seemed a little distracted over the weekend. He was generously assisting the Sportsman pilot and perhaps his own scores were a little affected. Phil flew an ELEMENT another model manufactured by BJ Craft this one bright green with fluoro orange patches, His scores were only 10 or so points below Brian McGowan so it was a closely contested tussle between these two. Bill Garrod (SMFC) was flying a SCORPIO designed by David McFarlane but kitted as a collaboration between Bill and David. Bill’s is fitted with upper and lower canalisers (mini wings) which Bill can control to slow the downline flying speed, this proved very noticeable when in flight, Bill flew very well, won a round and deserved his second place result in this class. David McFarlane (IMAC) was the clear leader in the F3A group and scored high with repetition. His SCORPIO was more conventional with a single canaliser on the canopy with Plettenberg direct drive along with years of competition proved experience is valuable. Excellent scores in all flights.

We greatly appreciate the generosity of the Committee and Members at Camden Valley RCMAS.

This Club now has the highest population of Pattern pilots in NSW and the majority of pilots entered in this competition, the standard is higher than average and club members have a huge resource of skills and experience available most weekends. The guys are easy to talk to and always helpful.

Our loudest thanks to the members behind the scenes who prepared the field, it was outstanding ! 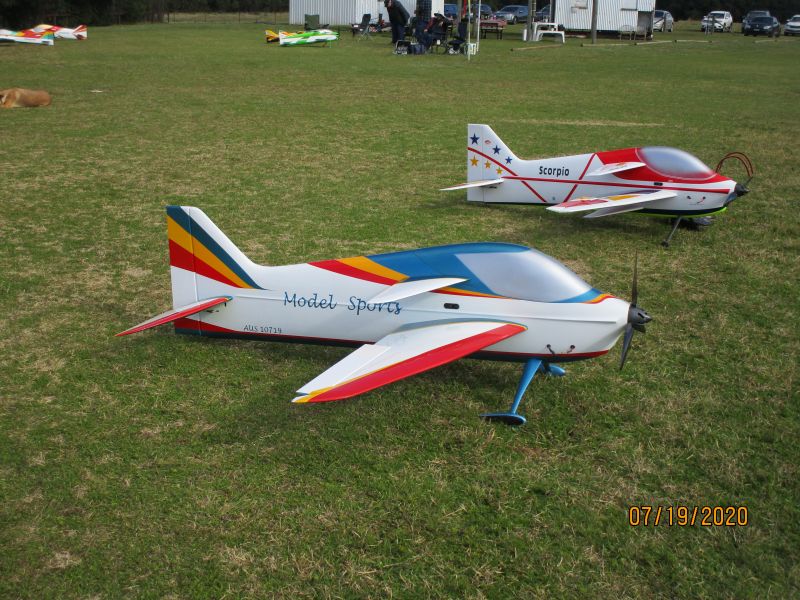